Pink is making a comeback. What started as a timid touch of blush is now unapologetically making waves across the board. The timing couldn’t be better. In the past few years we’ve seen a massive overhaul in gender roles, stereotypes and expected behavior. Pink has spearheaded the movement.

Pink is making a comeback. What started as a timid touch of blush is now unapologetically making waves across the board. The timing couldn’t be better. In the past few years we’ve seen a massive overhaul in gender roles, stereotypes and expected behavior. Pink has spearheaded the movement.

Naturally, this translated into the visual space as well. Blue - and all its range from light to midnight - is no longer considered a masculine color and pink is being welcomed into the so called macho-industry with an open mind.

Tracing back to nineties, with the launch of the ‘Wear Pink’ campaign to raise awareness for breast cancer, pink is now the embodiment of social change and fight. Let’s not forget the now famous pink hats with ears that were used by women across the US to reclaim their identity and demonstrate their dynamic.

The new digital landscape has also helped shape the conversation around color. Instagram, for instance, has made younger generations make bolder decisions around colour, be it an outfit or the layout of an image.

Embracing pink in times where the social landscape looks bleak is an act of social defiance.

In the current series we explore the use of color pink from portraiture to sports and how it visually expands the palette and interoperation of the objects under this shade.

Portraiture which frames females in a position of assertiveness. 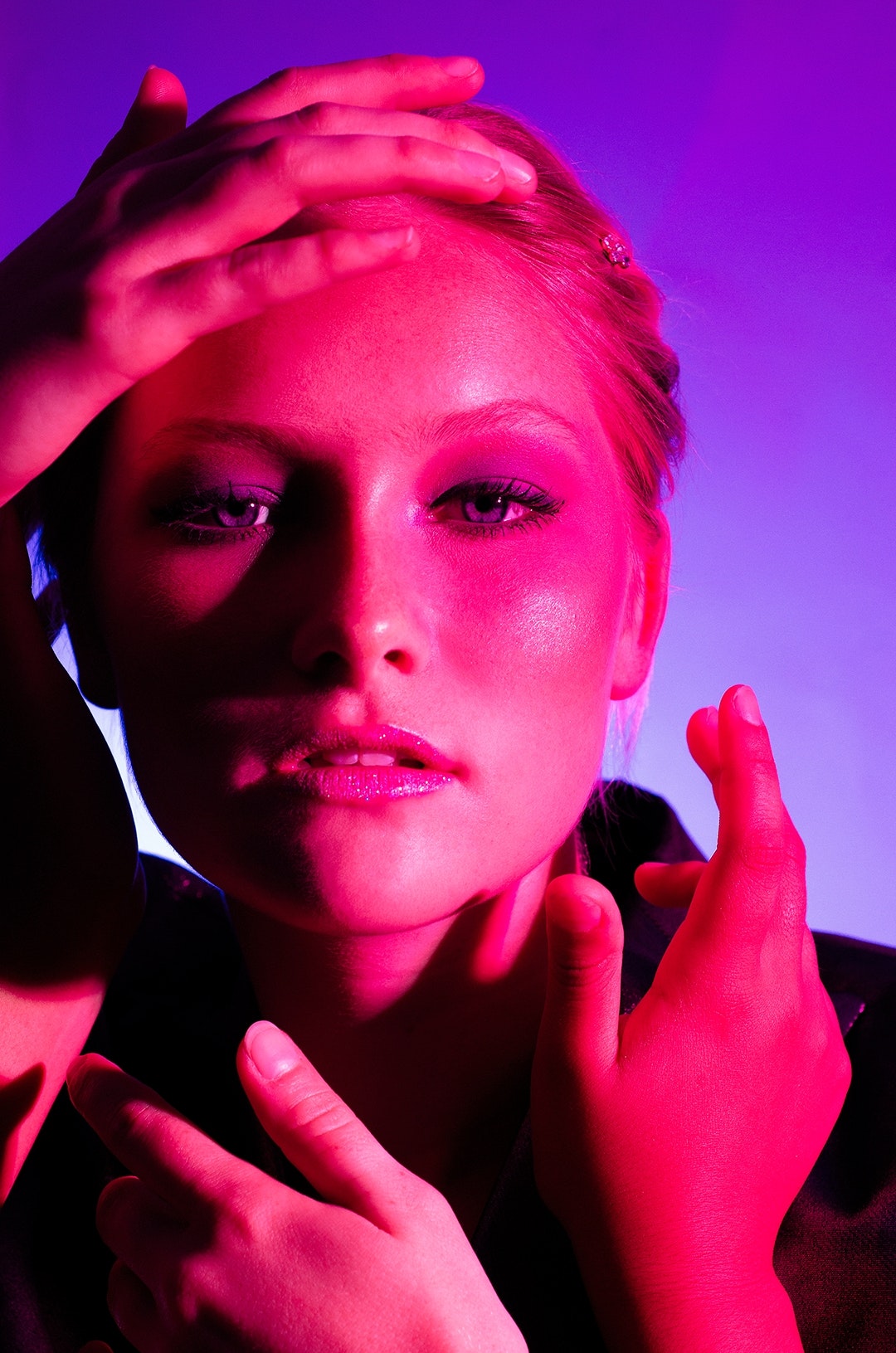 "Collaborative photo shoot between sisters, photographer Mariela Feliz Fernandez & makeup artist Gabriela Espaillat with the beautiful model Karilena Barfield. This photo shoot happened spontaneously as we joined forces to just create to create, we were highly inspired by the pink and purple gel tones and the gliterry makeup, it's a mixture of a modern barbie princess and trippy lighting." 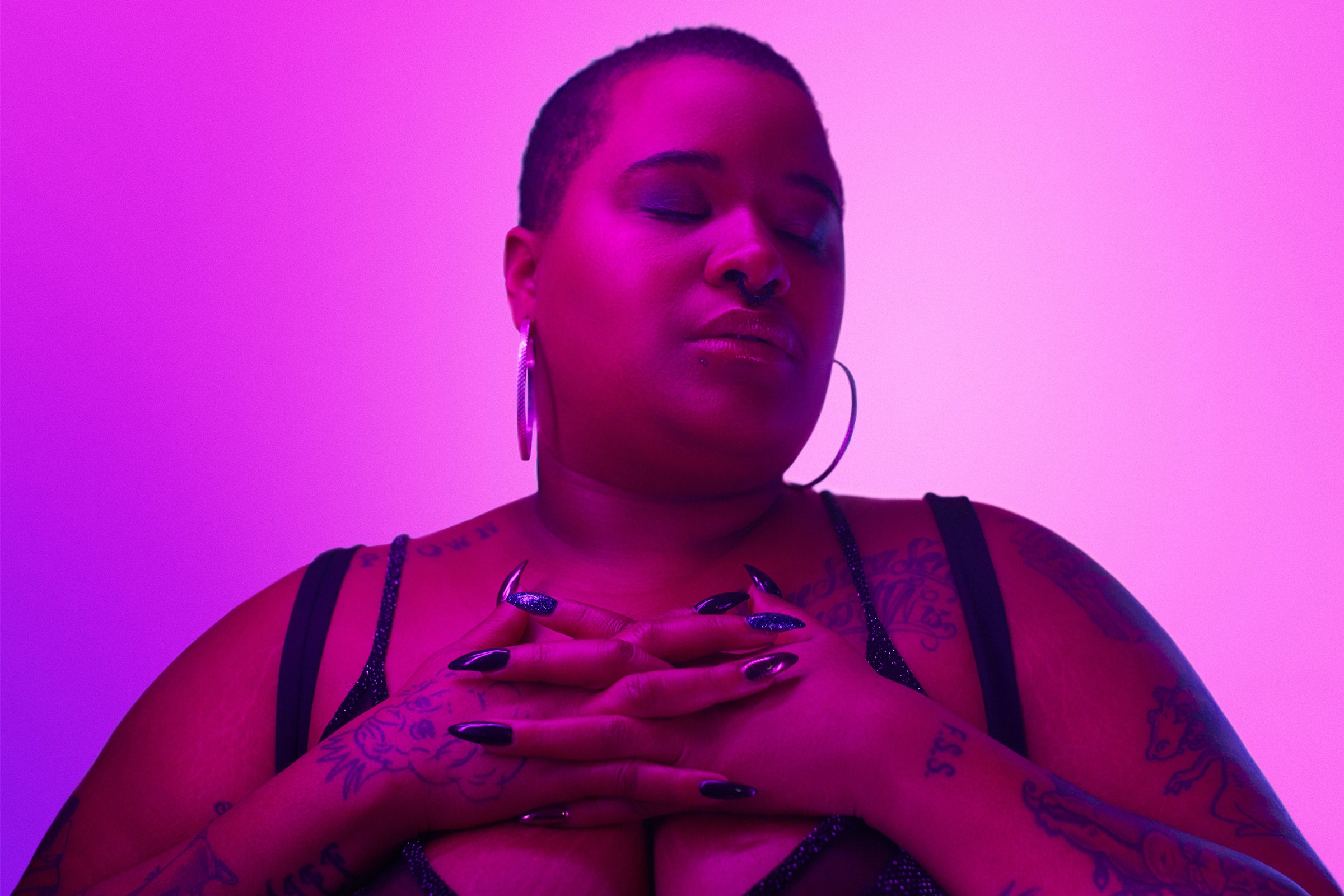 A study in how pink can be used to alter the perception of gender stereotypes - a soft color with a hard kick. 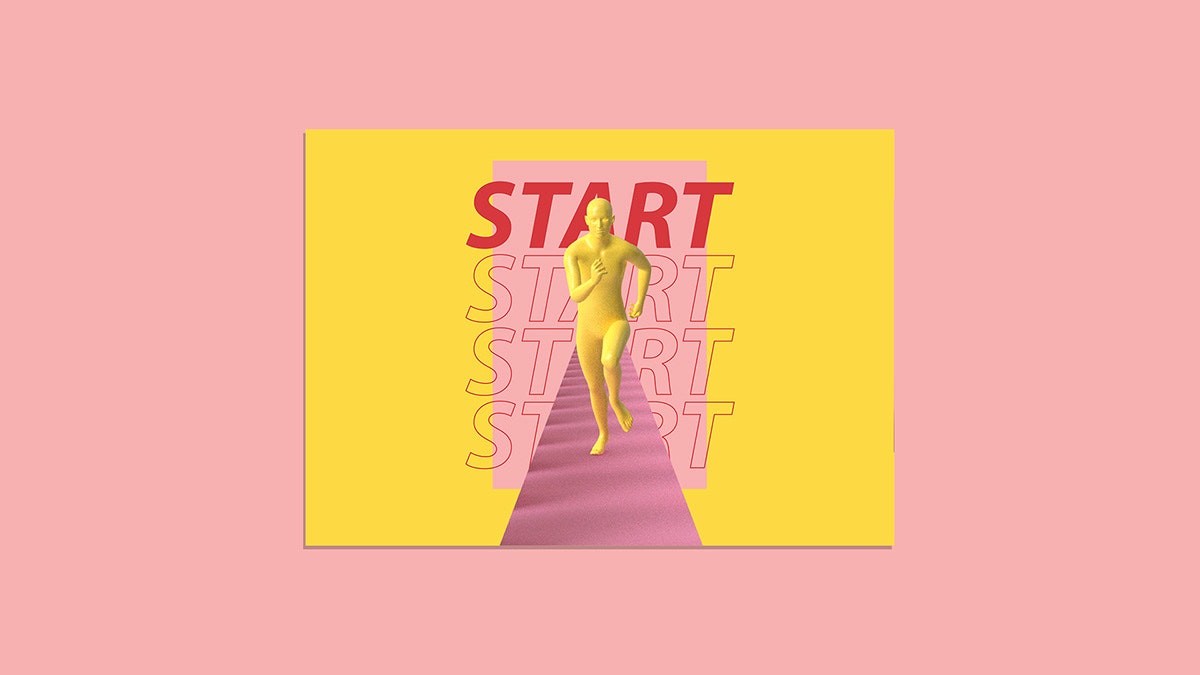 "Music video that I made for the Alternative / Indie band from Depok, Indonesia with pop surrealism themes. In this project I tried to make something different in Indonesia, because I think no one has made 3D animation videos like this here. As an animator and self-taught motion graphics designer this is arguably an achievement for me being able to make long-duration animations with little storyline with themes that I like." 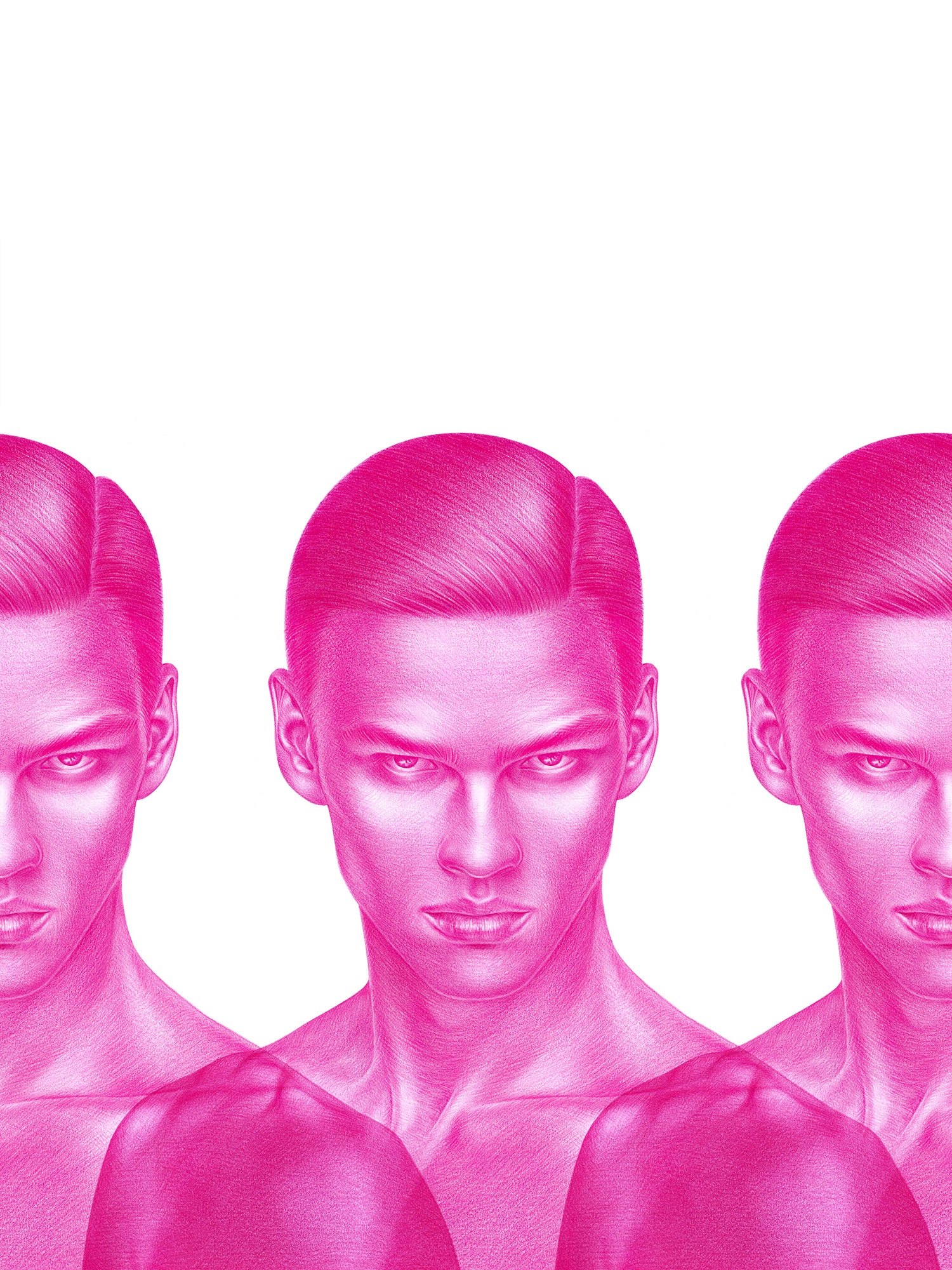 "A cover illustration for a newspaper published by a Paris based creative agency C’est La Vie. The image was a response to their January theme of “Uniform”. I chose to approach this by exploring uniformity in bodies, faces and societal norms, rather than focusing on it in the clothing or fashion sense of the word." 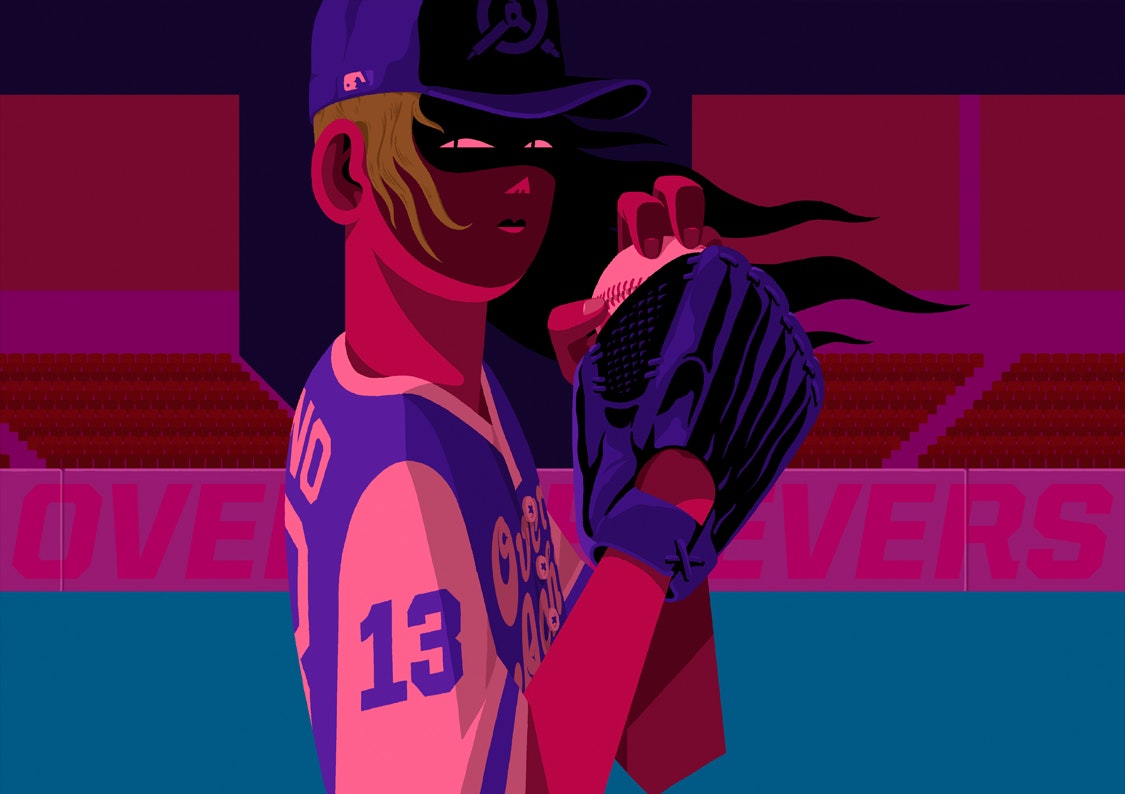 "A series of illustration created on the theme of baseball. A personal project that reminds us that you have to do your best even when no one is watching."

Bending the perception of fixed identity, pink is framed as chameleon to traverse between moods, genders and objects. 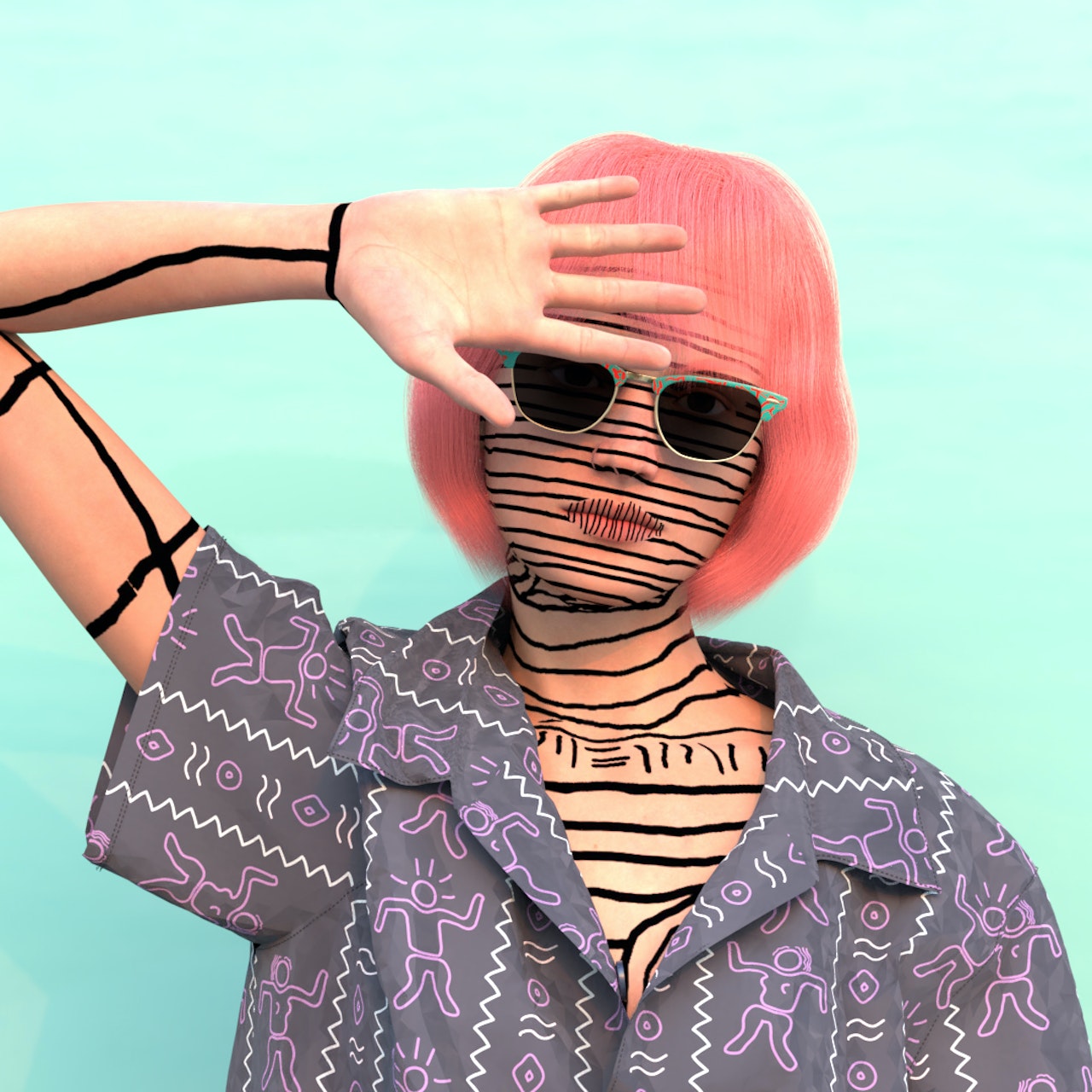 "A girl who was fostered by a Japanese couple since the age of 2 years and was abandoned by her adoptive parents to die and wandered began her life adventure and met a guru who taught her life and channeled it into the art she made, thus creating Jun's rather eccentric character." 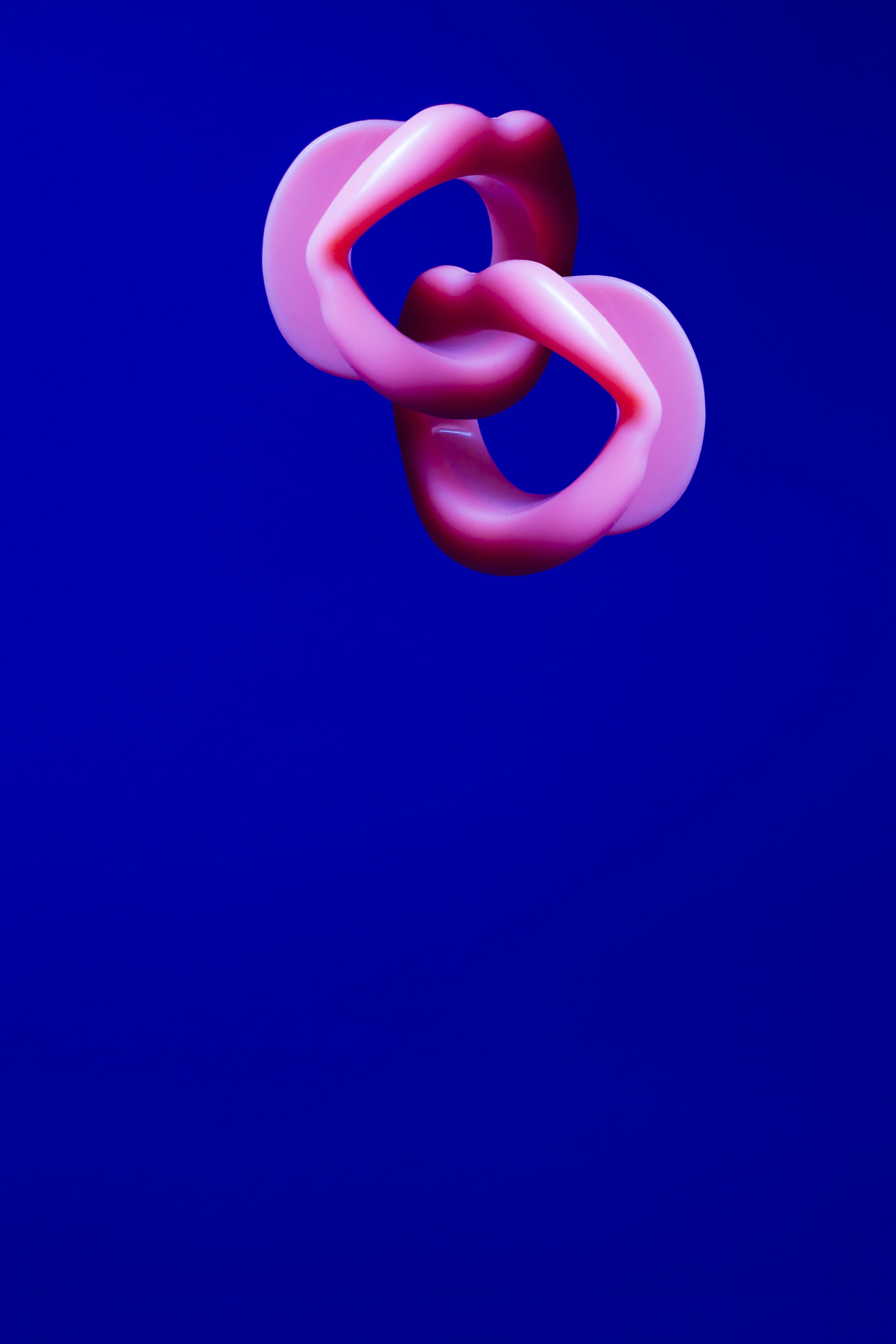 "In the digital age we are living in people easily create a new identity online. We manipulate ourselves, surroundings and ideas of representation. We create an ideal version, and get influenced by idea’s how we can be an ideal version.

Humankind is getting enchanted with the version of ourselves we create online. What is our identity in the end? We get blisters from swiping and scrolling. We download apps to like like “them”. We don’t know how people look anymore in real life. Will this period be called the “Faux Zeitgeist” in the future?."

Fresh Insight
The Insight programme explores ideas and concepts from across the Fresh 19 entry pool. Compiled by Villy Devlioti and Tim Jarvis.
08.2019