Fantastic Beasts were a strong current in Fresh 18 awards and have rewarded us with spectacular entries that have captivated the energy and have given shape to creatures formerly living only inside an artist’s mind.

Imagination is the mind’s powerful creative outlet, shaping worlds and creatures which extend the boundaries of feasible. These products of one’s vivacious intellect can interpret everyday’s life stimuli in a completely different way and map an impossible cosmos, waiting to be explored.

Little did we know that there would be a way to tame these beasts and make them part of the creative process, leading to incredible manifestations of artistry. The rise of the AI and the ‘Mindful I’ has helped expand the horizons of creativity and tear down boundaries of imagination. These beasts extend the artist’s identity and transcend shapes and laws of physics. Sometimes they disrupt the course of things, oftentimes they become a vital part of the canvas and the surrounding ecosystem. Plasticity and energy combined to unveil a creature which is part of one’s duality, or a completely new concept.

Fantastic Beasts were a strong current in Fresh 18 awards and have rewarded us with spectacular entries, that have captivated the energy and have given shape to creatures formerly living only inside an artist’s mind. Using a variety of techniques, mixed materials and projection, the artists cast their spells and invite us into a mythical world and, who knows? Soon, it might be part of our reality.

Here’s a selection of the strongest representatives for the Fantastic Beasts Insight report, along with expert commentary by Fresh curators.

Data, science and dystopian creatures are in charge. 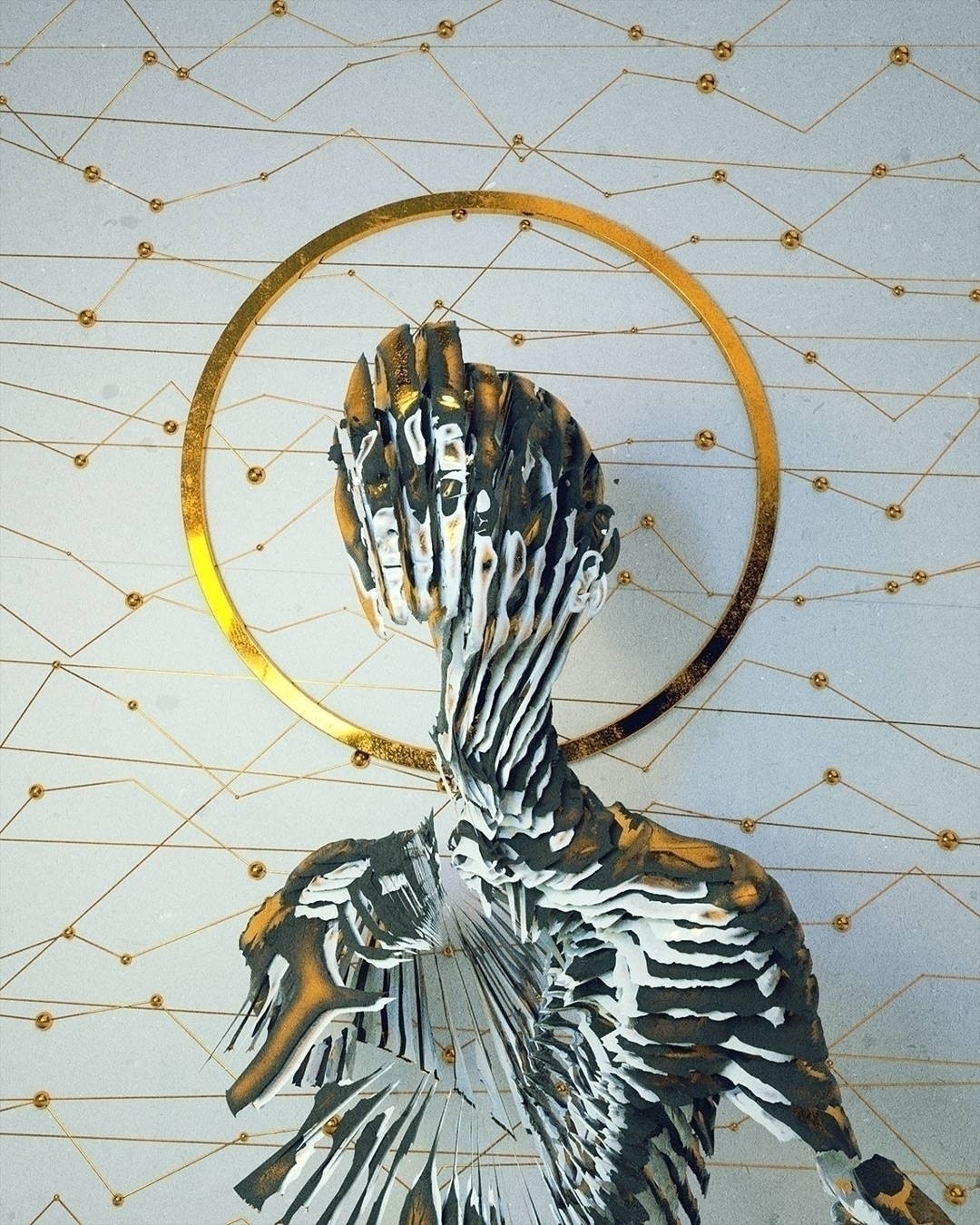 "Expanding on a theme I've explored before, DATA is a deification of a being and its personality, shattered by an overwhelming exposure to conflicting data online."
Florian DKS

"Sometime data makes up a person and other times it tears them apart. This character encompasses a poetic paradox, whether between good and evil or health and malaise. It leads me to ask is it the darkness eating the light or the light repelling the darkness?"
Jessica Kantor

"In general I’m not too much in this type of realisation. But I'm captured by this one. Totally in line with what the society needs to deal with to challenge digital in the future."
Patrick Curtet 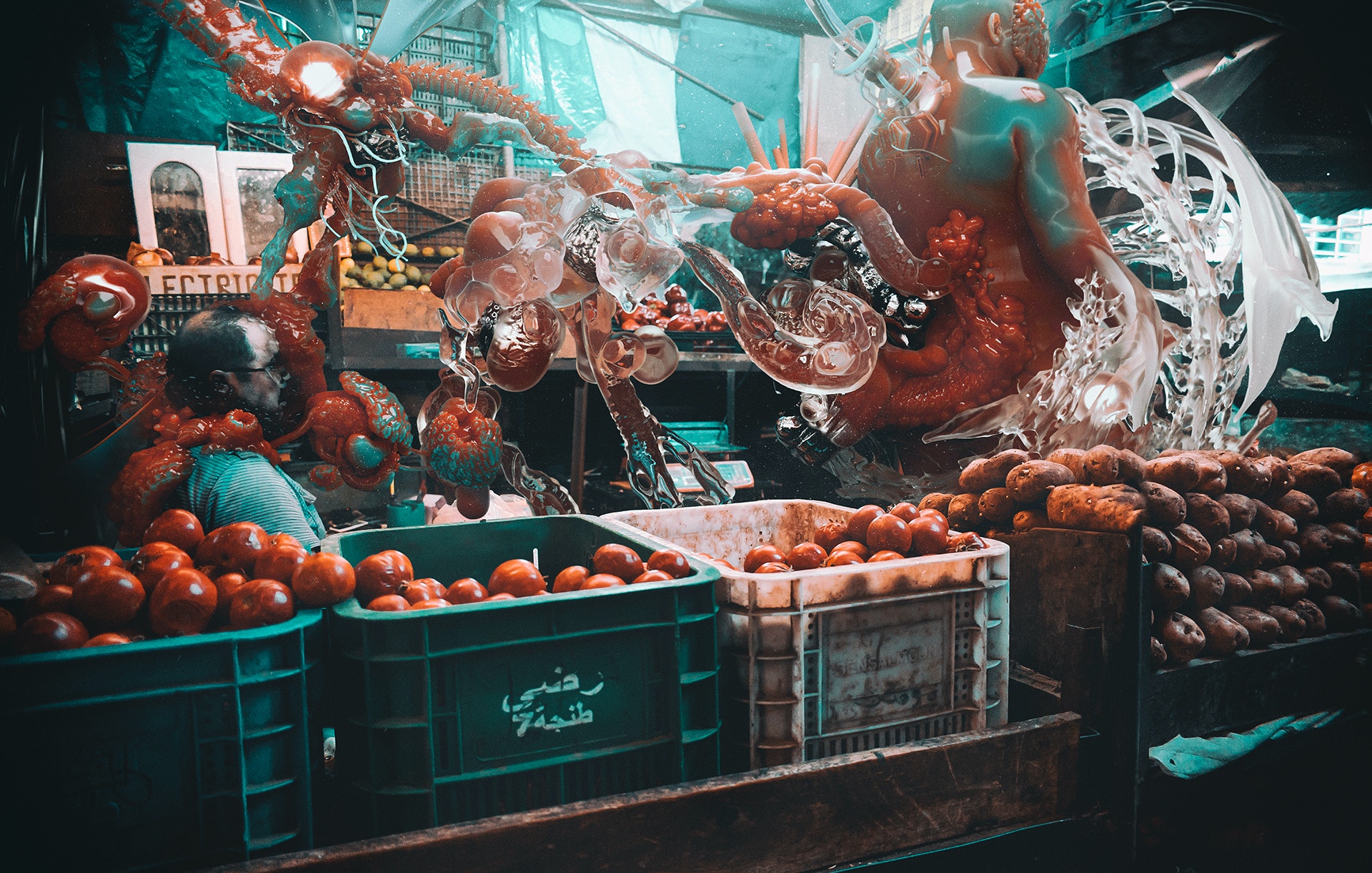 "Sevi isn't the only artist building imaginary beings and constructs into everyday mundane scenes, but the pieces he creates are so incredible, so extreme that they're completely individual, original, whilst still retaining a realism that is sort of believable. Like you're viewing something that's always there through a special camera, rather than a rendering of his imagination."
Tim Jarvis

"If the earth treated us the way we treat her, it would result in mutated humans."
Jessica Kantor 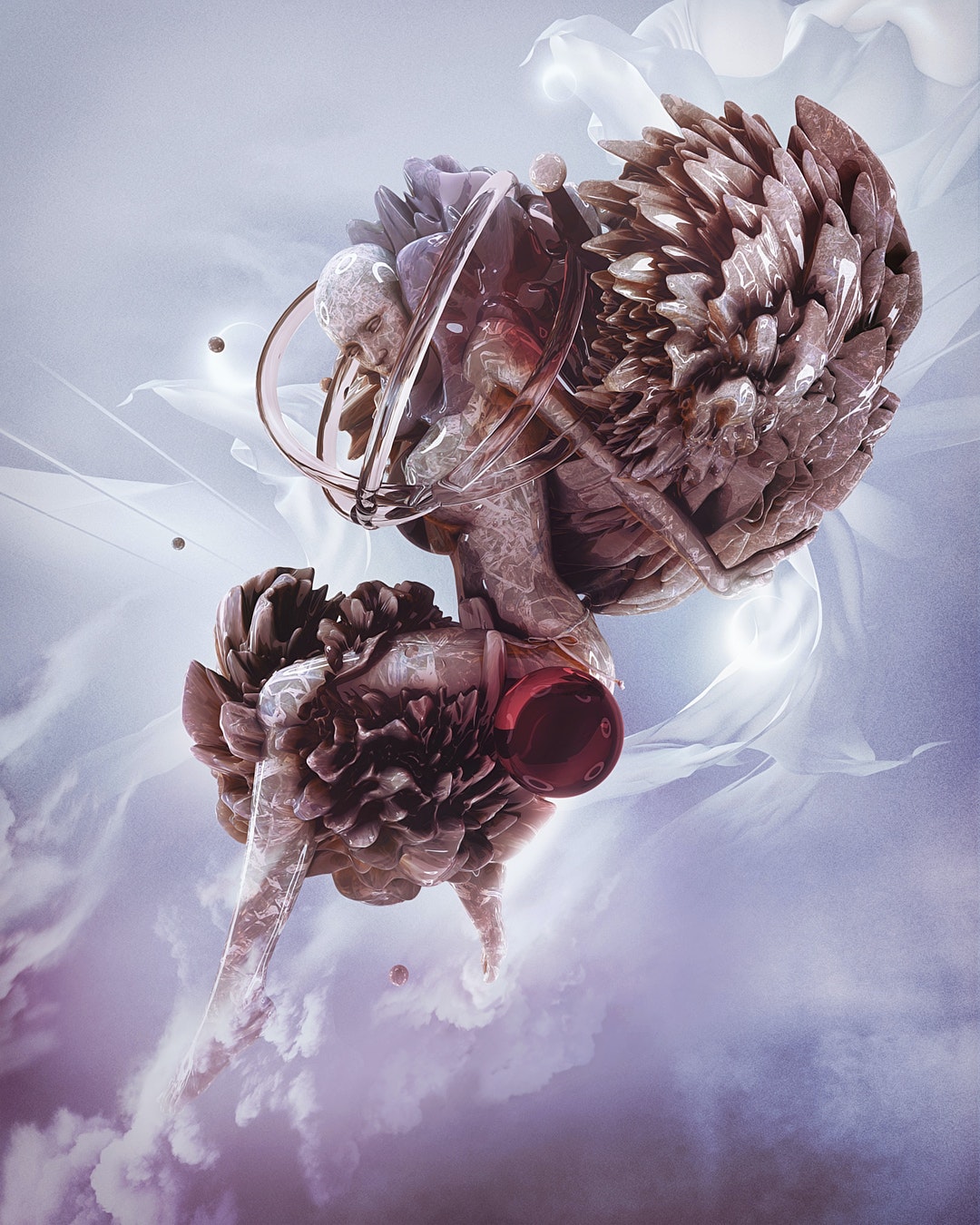 Essay About The Collision of Realities

"There are many things in this world that we don't understand. We THINK we do, but actually, our own science and universal rules are changing all the time. Every new discovery and research -from ancient cultures, to quantum physics- put our ideals into a roulette of questions about what 'reality' means."
Diego L. Rodríguez

"What is it that I don't see every time I look at you? If only I wasn't confined with my mind."
Jessica Kantor

"Great technique. Quite aspirational. A bit too much in the future for me, but I find some sensitivity in this art. Great technique and I like the color tone. I would definitely follow this artist."
Patrick Curtet 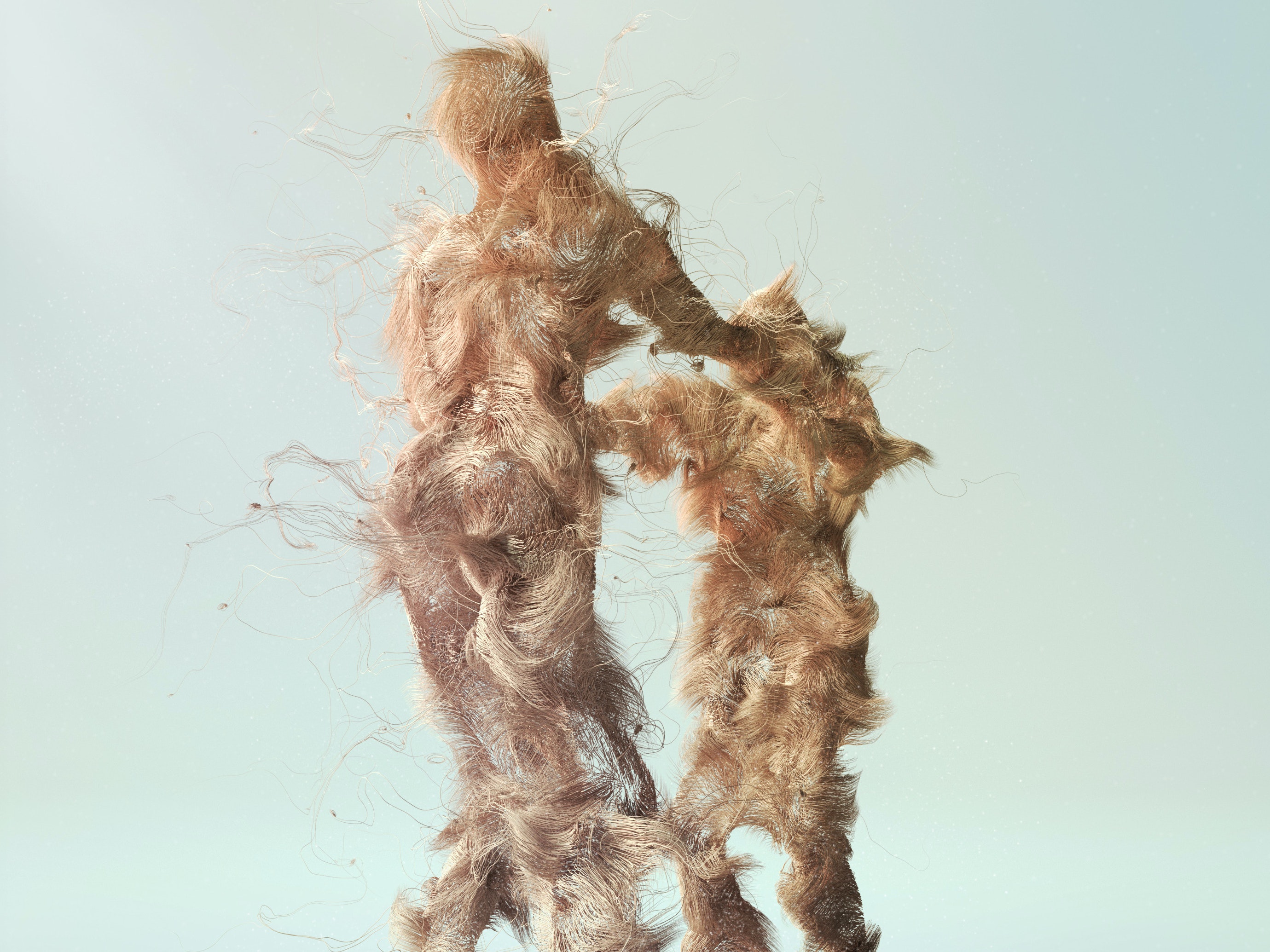 What A Happy Picture, just kidding, they all died after this

"Made To Screw With You, Because Everything Is Actually Crap."
Malcolm Crowther

"The artist thinks they all died but the joke's on him. They were just passing thru."
Jessica Kantor

"I'd love to know how Malcolm Crowther got to this finished article; if that feeling envoked by Deryk Thomas-esque distant illustrations in childhood books wasn't the result of an accidental path of trial and error - messing about with materials in Cinema 4D, then it's possible he meant to do this and he's a real living genius."
Tim Jarvis

Fighting the inner beasts: Understanding the artist’s and humanity's purpose in relation to cosmos and reality. 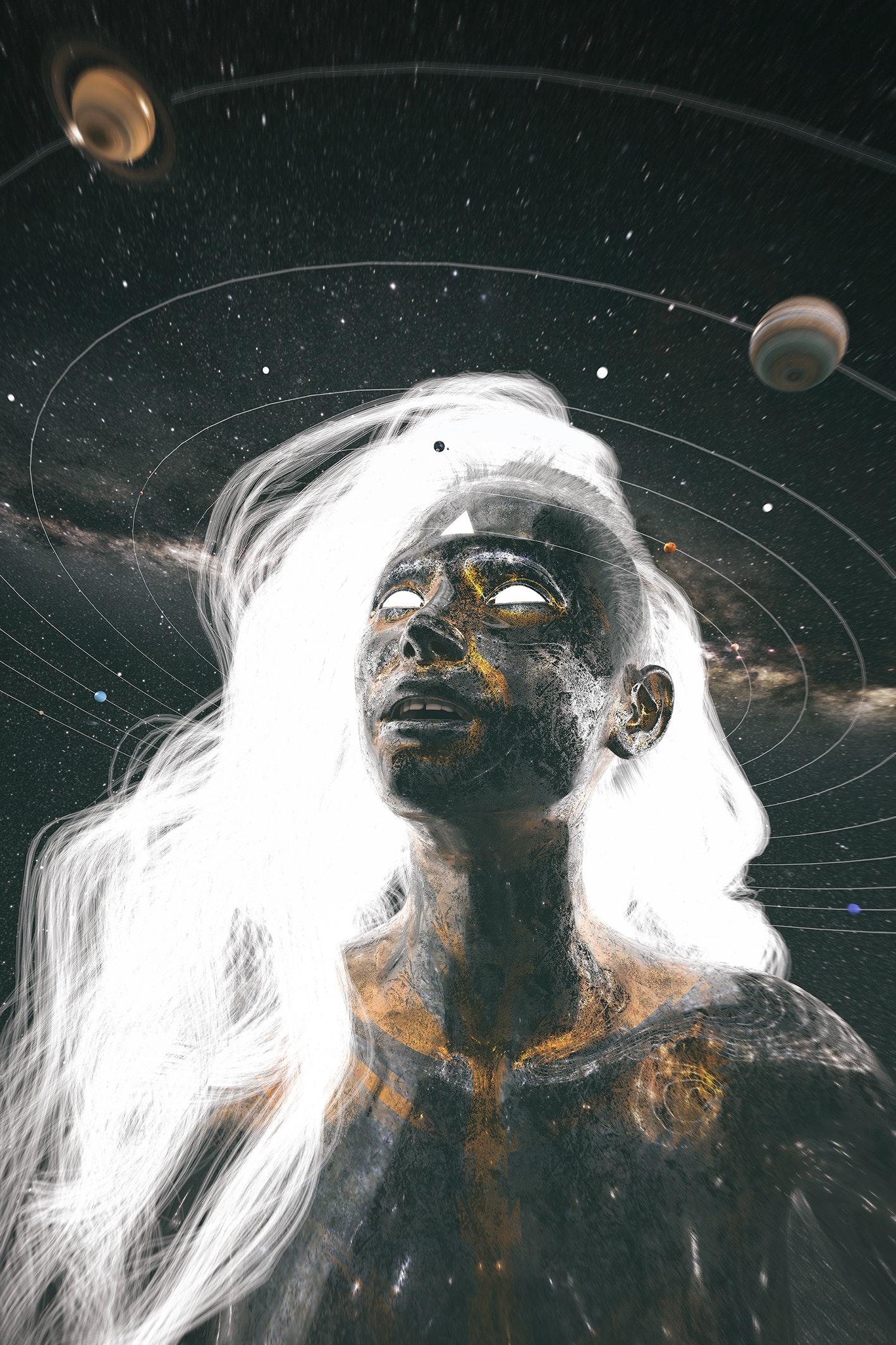 "Is the human invading nature or is nature invading the human?"
Jessica Kantor

"I’m curious about this artist. I’m not totally in and this is not my world, but I recognise a great talent and a very nice technique. I’m sure this art would find his public. Well done."
Patrick Curtet 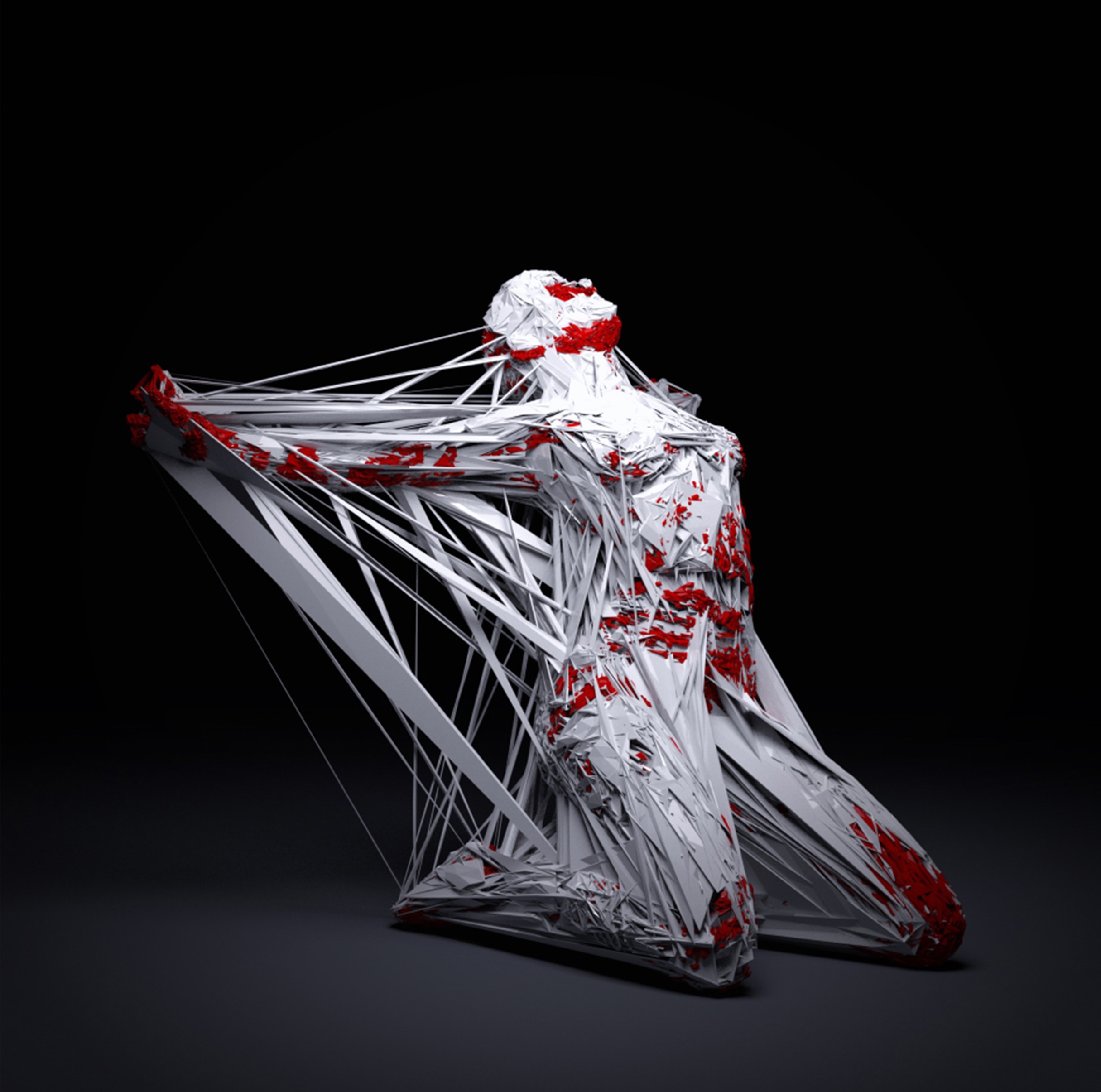 "This piece is about the manifestation of life's struggles."
Felix Rothschild

"Creating the angular shapes and lines and then lighting them as Felix has is no mean feat. A really expressive piece of work."
Ian Fooks

"This creature carries the pain it take to fully surrender."
Jessica Kantor

"Very interesting and really appealing to me. The emotion is there and I feel movement and violence in this art. Nicely done. I'd love go around a real realisation."
Patrick Curtet 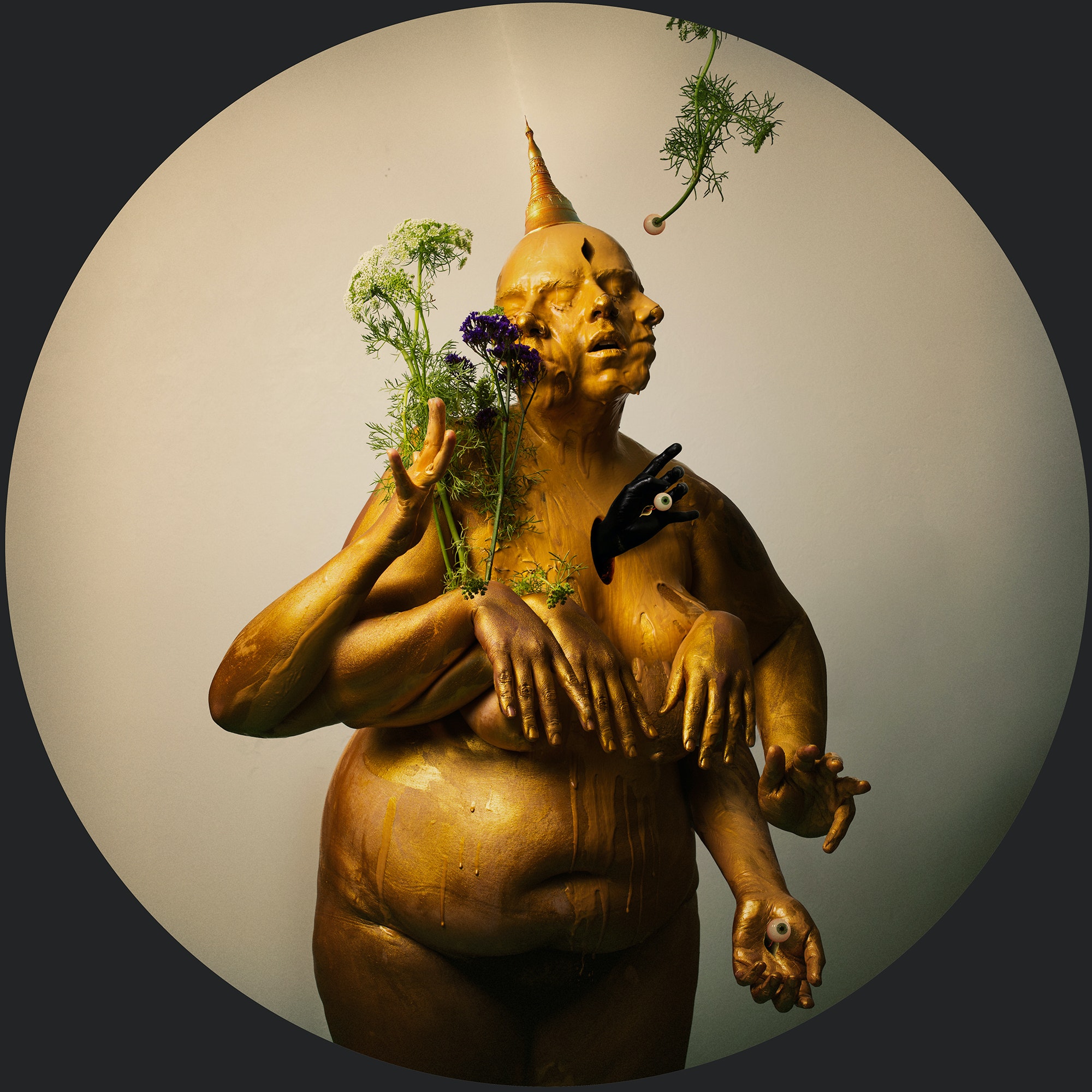 Enlightenment is a Destructive Process

"The piece is sustained and inspired by the phrase of adyashanti: 'Enlightenment is a destructive process. It has nothing to do with becoming better or being happier. Enlightenment is the crumbling away of untruth. It's seeing through the facade of pretence. It's the complete eradication of everything we imagined to be true.'"
Pierre Fudaryli

"The conception, composition and execution of Pierre's piece is as flawless as it is magnificent. The scope of what he's achieving with still life is really important."
Tim Jarvis

"What's the point if it doesn't lead to happiness? I look at the despair in this beasts face and wonder if the truth even matters."
Jessica Kantor

"There’s some great thought behind this realisation. This art needs some explanation and this is something that brings me apart. It’s something you need to dig in. Is the public ready for this?"
Patrick Curtet

A fresh take on the famous ornate style. 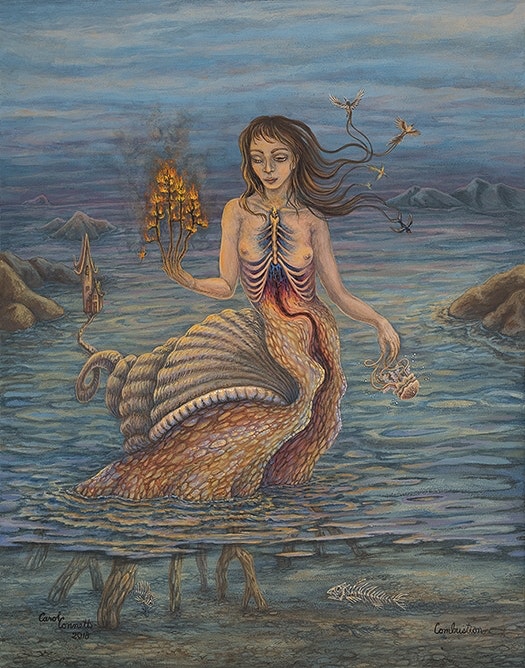 "The effects of catastrophic wildfire on nature."
Carol Connett

"Looking at these works and it reminds me that every creature is made up of the same particles. We all have a little bit of each other inside us."
Jessica Kantor 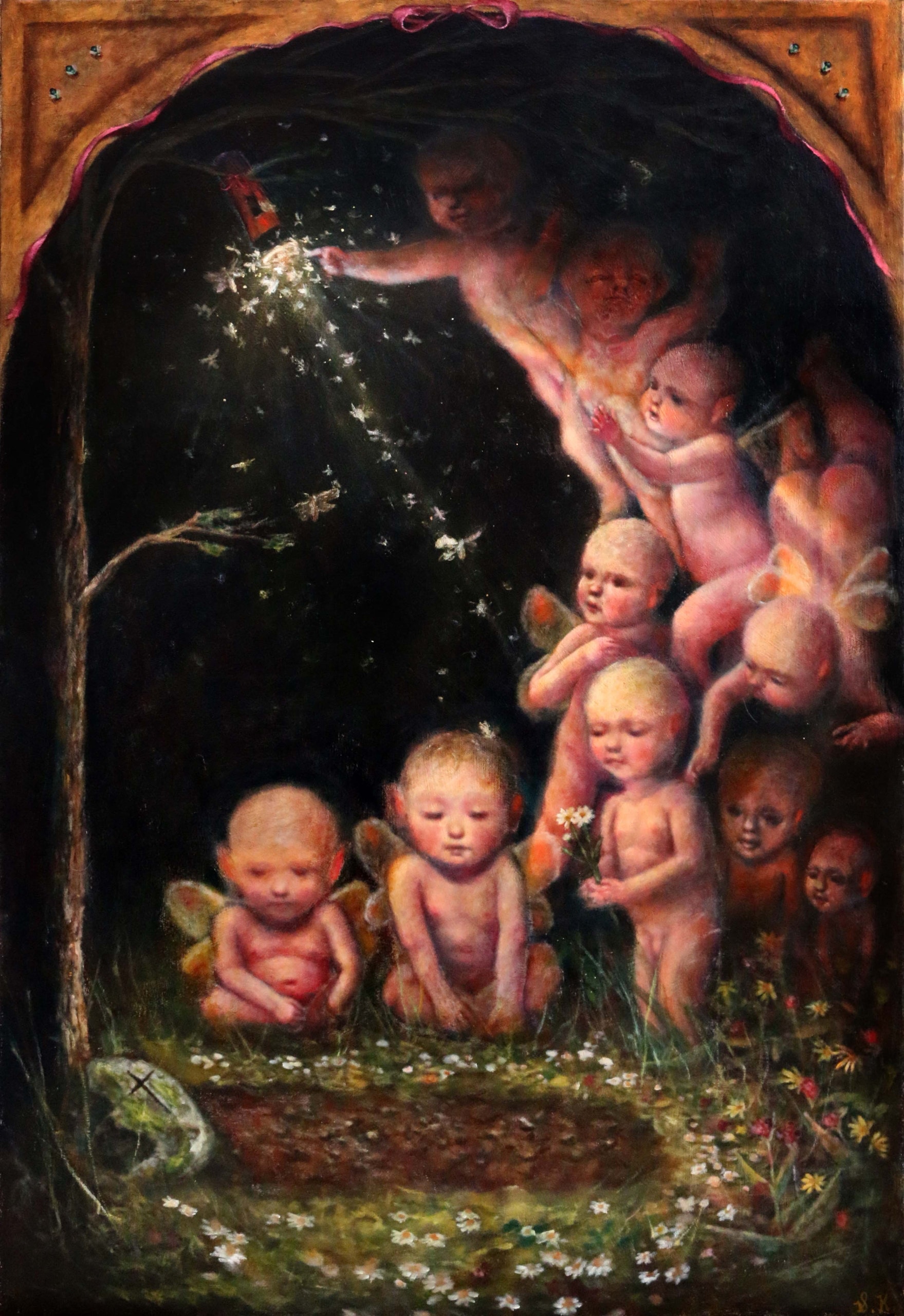 "Adam Kerosene's work imagines him as spectator and narrator; plainly recording what he sees in these realities. That willingness to belong within, rather than simply to compose, his imagination, allows him to explore it more fully and more deeply."
Tim Jarvis

Fresh Insight
The Insight programme explores ideas and concepts from across the Fresh 18 entry pool. Compiled by Tim Jarvis and Villy Devlioti with help from our Curators.
08.2018